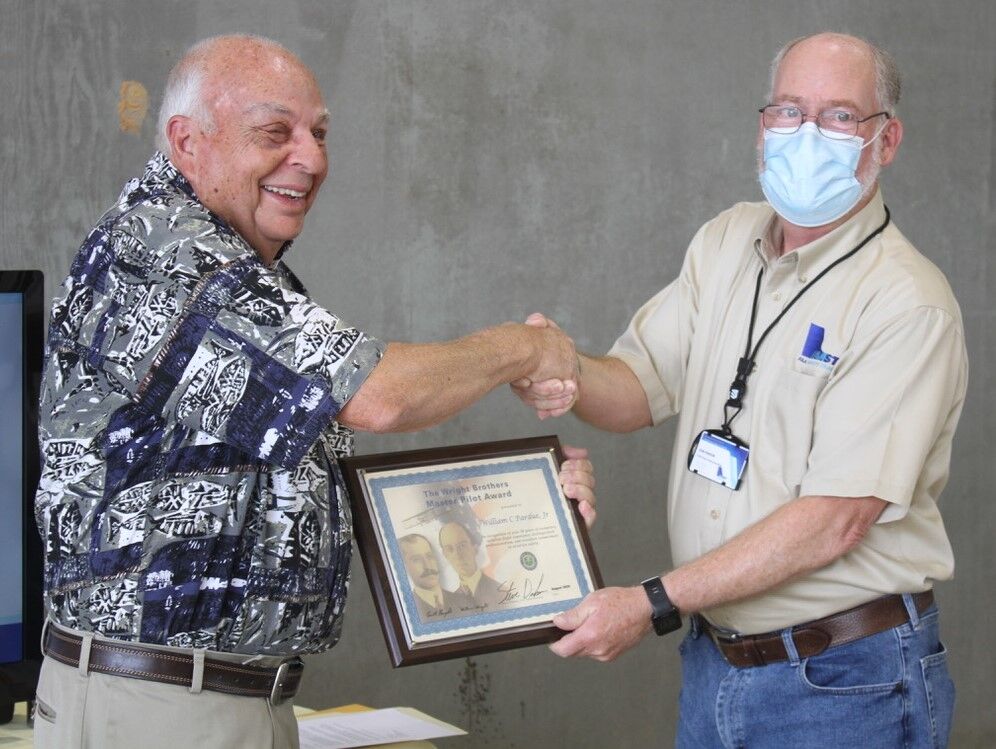 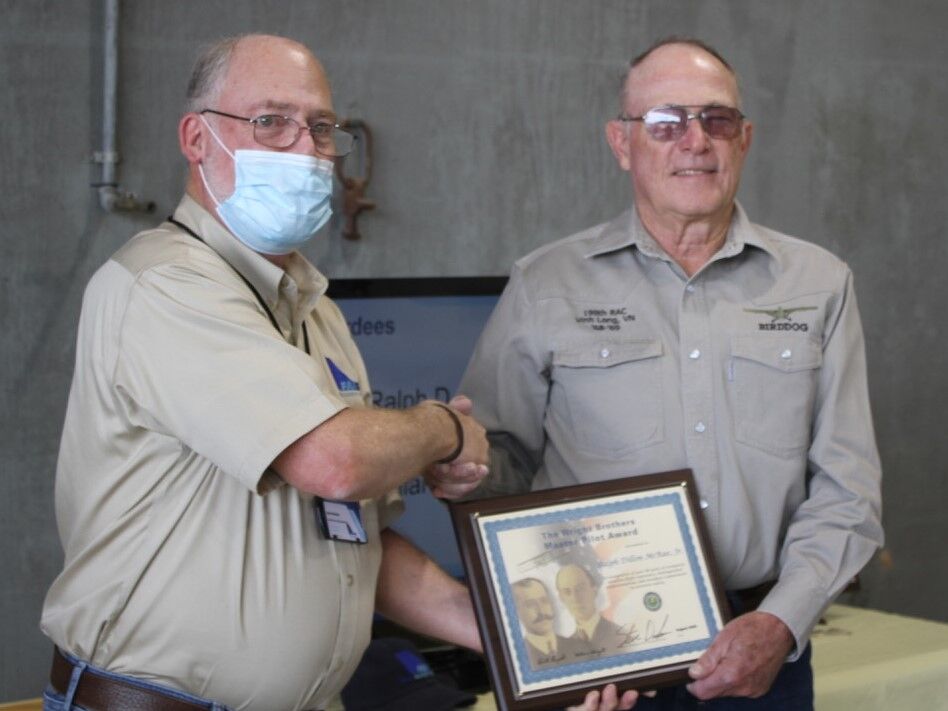 The Wright Brothers Master Pilot Award is the most prestigious award the FAA issues to general aviation pilots - named after Orville & Wilbur Wright, commonly known as the Wright Brothers, who were the first United States pilots. The award recognizes individuals who have exhibited professionalism, skill, and aviation expertise for at least 50 years while piloting as Master Pilots. The award was instituted by the FAA on October 11th, 2003. To date, this award has only been given to 2,000 of the almost 500,000 general aviation pilots in the United States.

Mr. Ralph McRae, former Mayor of Leesville, started his distinguished flying career with his solo flight on Monday, January 10, 1966. He served in the US Army and flew an O-1G in Vietnam for 1,148 combat hours. This is where he earned a Distinguished Flying Cross, 29 Air Medals, and the RVN Gallantry Cross with Bronze Star. Throughout his aviation career, Mr. McRae has flown many different aircraft in which he amassed 7,622.3 flight hours. He currently owns and flies an O-1G “Bird Dog” and a Robinson R-44 helicopter.

Mr. Bill Pardue conducted his first solo flight on Wednesday, February 14, 1968. He is an instrument rated commercial pilot and has logged over 3,516 flight hours. He currently owns a Cessna 206 and continues to fly for business and pleasure.

Once the award has been issued, the recipient's name, city and state is added to a published "Roll of Honor" located on the FAA Website.

EAA #1356 is a flying club with members in the Jasper, Leesville and the DeRidder