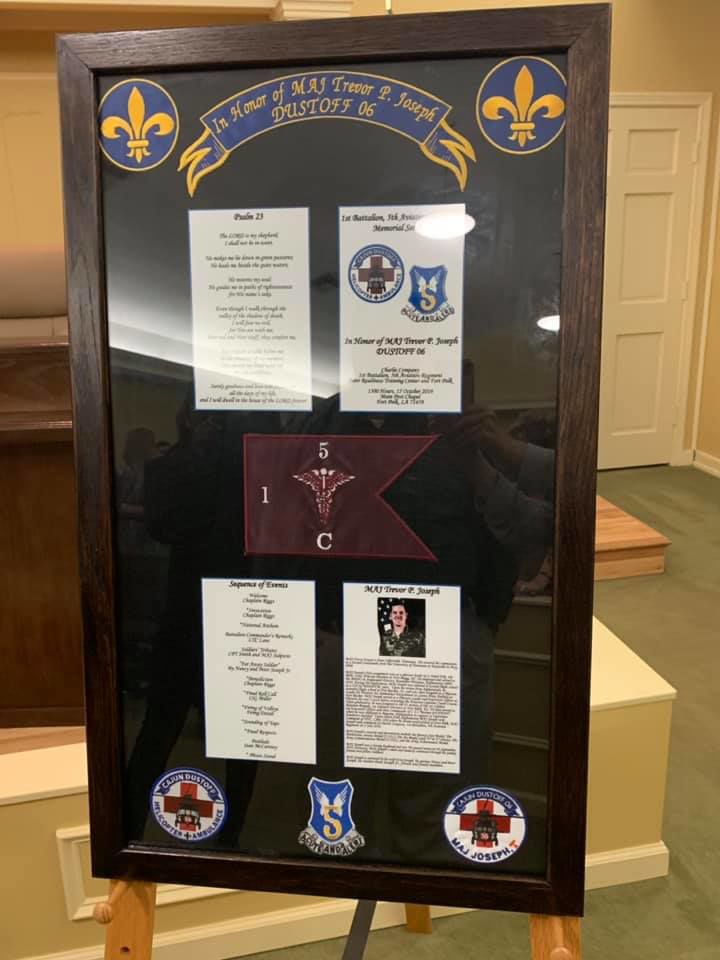 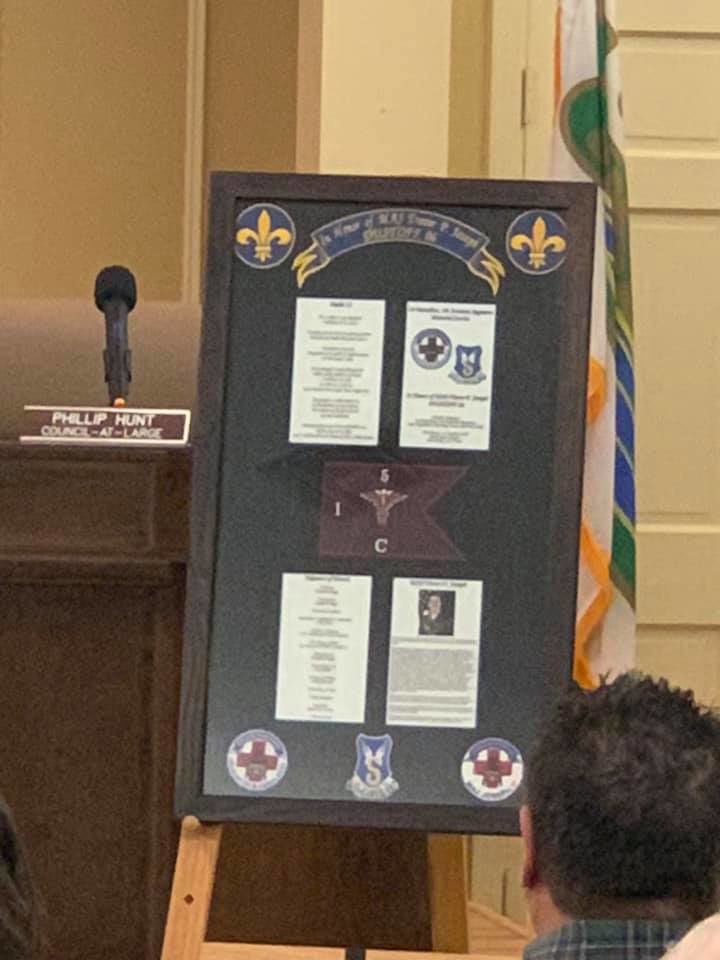 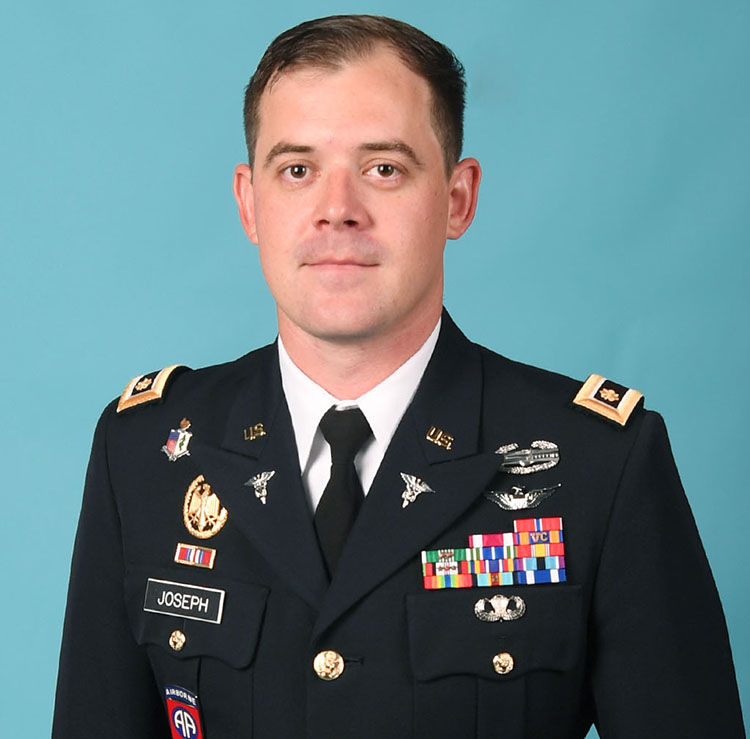 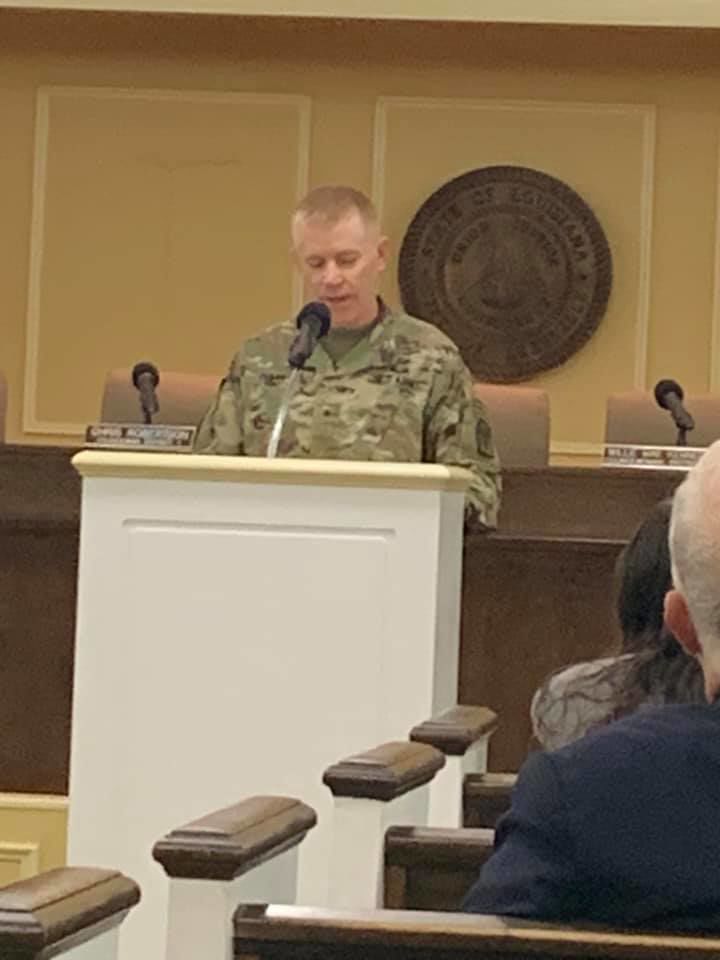 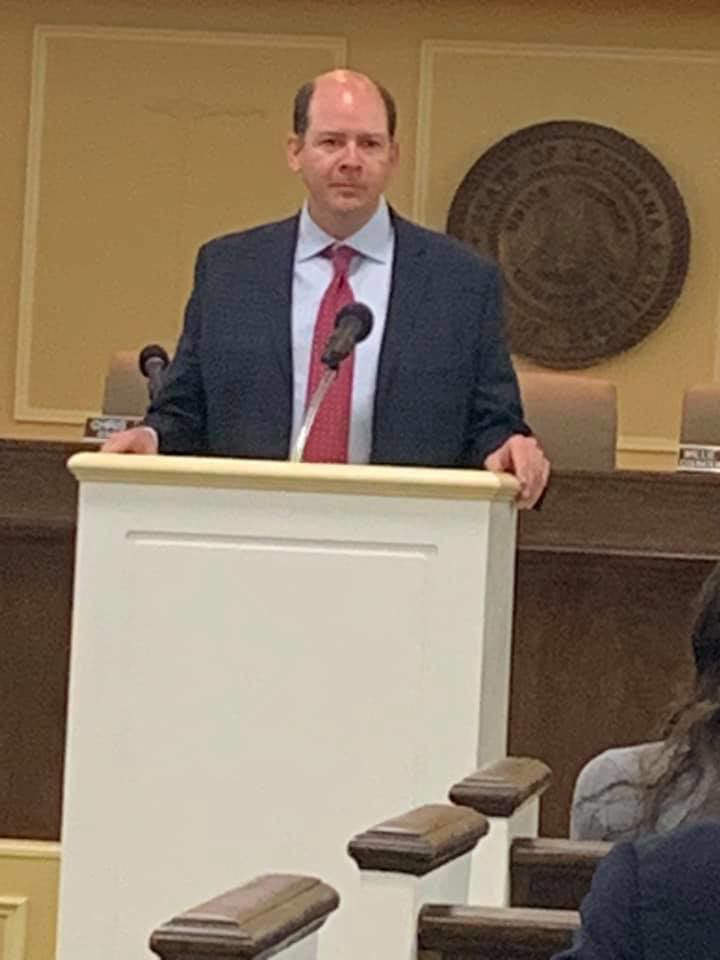 In a ceremony at 10:30 a.m. Wednesday, January 15, 2020, the City of Leesville honored Maj. Trevor Phillip Joseph as the first member of the Wall of Heroes in the City Council meeting room. Following the prayer and the pledge, City of Leesville Mayor Rick Allen, Brig. Gen. Pat Frank and Louisiana Senator Mike Reece addressed the room, filled with leadership from Fort Polk, community members, Rep. Charles Owens and the family of Maj. Joseph.

Maj. Trevor Philip Joseph, of Collierville, TN died in a UH-60 Blackhawk helicopter crash during a rescue mission in the training area on September 26, 2019.

He was the commander of the “Cajun Dustoff” medevac unit when he died.

During his 11 years of service, he was deployed twice to Afghanistan.